May was a fun month! We are thriving outside and just enjoying life. With all of our play, the house has been a little neglected but that’s alright. I can get to that another time or just throw everything out. I haven’t decided yet. Our lessons are still progressing and the kids should be done by June. I am forever learning and this month had a few funny learning moments. 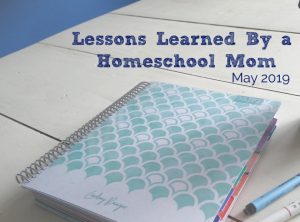 This one is semi embarrassing but I had absolutely no idea that Gravel pits were where gravel was actually found. I thought that gravel was semi manufactured. That large rocks were broken up into smaller pieces at factories then dumped into piles until they were picked up. Seriously, I had no clue that nature created these small rocks and that we could simply dig them up and use them. I still am wrapping my mind around this discovery.

Self care doesn’t have to be complicated

In the last few month I have been feeling overwhelmed and defeated. Nothing I did really made a huge difference. My husband has helped drastically with cleaning the house and meals but inside I was still a wreck. It seemed like nothing I could do was good enough and the things that I rocked would soon be destroyed by my adorable tornadoes. I was beating myself up and not allowing any strategies to influence my thought patterns. The negativity was slowly engulfing my mind.

I needed to find a self care routine that worked. One that was quick, easy and cheap.

I bought a Hammock. That’s right. A simple hammock. I hung it up in my backyard and whenever I needed an escape I simply went outside and laid down. I read books, watched my kids run and embraced the glorious sunshine. It didn’t take long before I realized that the clouds were lifting and I wasn’t feeling as defeated.

I finally found something that worked for me! Once the seasons change again I will be needing a new strategy but for now I will count my Hammock purchase as a huge huge win!

Some peoples expectations can never be reached

This month I tried a new strategy regarding holidays. I asked some family members what their ideal holiday plans were, what they really wanted. Then I did it. I thought that it went great. The food was good, the weather mostly cooperated and the company was awesome. I didn’t combine said holiday with any other family events so that the focus wasn’t split. Turns out that that ended up being the wrong choice. Doing everything that was asked of me wasn’t enough, I should have disregarded their wishes and done something that would have combined events for. I “should” have asked their permission for an event that I planned and hosted….. I think mot.

Some people cannot be satisfied and I learned that I can take requests into consideration but ultimately I need to make the best decisions for our family.

Having four kids, 6 years and under is a tad insane. I never have much time to get things done and I often don’t do something because “the baby will wake up”, “I don’t want to be interrupted”, “I’ll have to take my toddler to the bathroom soon” or “I’ll just scroll for a while I wait for _____.”

I’ve changed my tune and started embracing limited time frames and doing as much as I can before the toast pops up. Quick, fold as many clothes as you can before you have to start making lunch. How many songs does it take you to unload the dishwasher? You can get a ton of things done in a short time if you put your mind to it. I am far from perfect but my counters are looking much much better.

What did you learn this month

Lessons Learned By a Homeschool Mom
Back to School Morning Basket